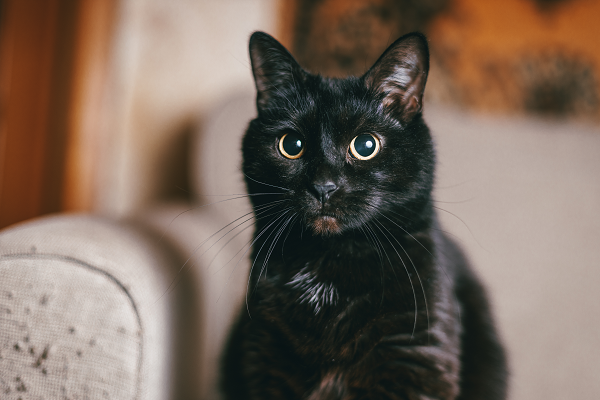 What is a mammary tumor?

A mammary tumor develops because of abnormal replication of the cells that make up the breast tissue. Mammary tumors can be benign (non-cancerous) or malignant (cancerous). These two forms of the disease have different diagnostics, treatments, management, and prognosis. In cats, most mammary tumors (80-96%) are malignant.

There are several different types of mammary tumors, with carcinomas being the most common. Carcinomas often arise from the tubules of the mammary glands or other cells found in the mammary chain.

There are several other types of cancer that can affect the mammary glands, including osteosarcomas (see handout “Osteosarcoma in Cats” for further information on this type of cancer).

What causes this cancer?

The exact causes for the development of mammary tumors in cats are not fully understood. However, exposure to the female reproductive hormones estrogen and progesterone increases the risk for mammary cancers in cats. It is hypothesized that, under the influence of hormones, the cells of the mammary gland enlarge, progress to a pre-cancerous state, and continue to grow until they transform into a carcinoma.

The incidence of these tumors is related to hormone status, specifically whether a cat is intact or has had an ovariohysterectomy (has been spayed). Sexually intact cats have a seven-fold increased risk for mammary tumors compared to spayed cats. Early spaying helps to prevent the development of these tumors. Cats that are spayed before six months of age have only a 9% percent risk of developing mammary tumors, whereas the risk increases to 14% in cats spayed between seven and 12 months. Male cats rarely develop mammary tumors.

What are the clinical signs that my cat has a mammary tumor?

The most common clinical sign of a mammary tumor is one (or more) palpable masses (nodules) underneath the skin of the abdomen. They may be next to or within the nipple and follow along the mammary chain. The size of the mass(es) and their appearance may vary, but they are usually firm and nodular. Occasionally, the skin over the mass may ulcerate (open) and bleed, and the affected area may feel warm to the touch and become painful. Your cat may tend to lick and groom the area excessively, and a strong odor can result as the exposed tissue becomes infected.

If the tumor has metastasized (spread to other areas of the body), other signs may become evident. Your cat may generally feel unwell, eat less, become lethargic, and lose weight. If the lungs are involved, your cat may have problems breathing or develop a cough.

Multiple tumors are common at the time of diagnosis.

How is this type of tumor diagnosed?

These tumors are typically found as either singular or multiple nodules along your cat’s abdomen during a physical exam. Other procedures are then performed to determine the type of tumor and whether it is benign or malignant.

A common procedure to diagnose this tumor is a fine needle aspiration (FNA). FNA involves taking a small needle with a syringe to suction a sample of cells directly from the tumor and place them on a microscope slide. A veterinary pathologist then examines the slide under a microscope.

In some cases, results from FNA may not be entirely clear and removal of the entire tumor may be necessary. Pieces of the tumor are then examined by a veterinary pathologist under a microscope. This is called histopathology. Histopathology is not only helpful in making a diagnosis but can also indicate whether it is benign or malignant and how the tumor is likely to behave.

"Given the risk of metastasis with malignant mammary tumors, your veterinarian may also recommend staging."

Given the risk of metastasis with malignant mammary tumors, your veterinarian may also recommend staging (searching for potential spread to other locations in the body). This may include blood work, urinalysis, radiographs (X-rays) of the lungs, and possibly an abdominal ultrasound and CT. Lymph nodes associated with the mammary glands may be sampled by FNA, even if they seem normal.

How does this cancer typically progress?

The way this cancer progresses is entirely dependent on the type and size of the tumor(s), and whether metastasis has occurred. Larger tumors (greater than 2 cm) and those with evidence of spread have a poor prognosis. If the histopathology report shows tumor cells invading the local blood vessels, this also carries a poor prognosis. Detecting and treating these tumors when they are small, and prior to metastasis, provides your cat with the best chance of long-term control. Tumors smaller than 2 cm carry the best prognosis. 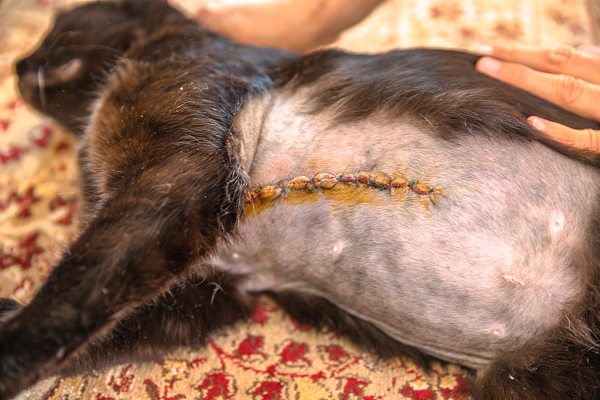 What are the treatments for this type of tumor?

Depending on the tumor size and other factors, chemotherapy is typically pursued afterward, especially given the high metastatic rate in these tumors.